WE ARE A FULL SERVICE DOG GROOMING STUDIO

Our founder, Dawn Tallo (Penzarella) started Sandy Paws in 1998 at 25 years old. After finishing her degree at Monmouth University in Advertising and Public Relations, Dawn worked in NYC for five years. After trying to work in corporate, Dawn decided to follow her true love, dogs, and opened a grooming salon. Certified in Pet Grooming and Pet First Aid/ CPR, Dawn took her skills to the table. And instantly Sandy Paws became a household name. Within the first year, Sandy Paws was the go-to place in Monmouth County.
Using the first cage-less style salon in the area, the shop took off.  Dawn wanted the dogs to feel at home. Building the first “cabana style” waiting areas for those who’d prefer privacy. Others could run free in the 1000sq foot shop. Playing with others or just relaxing the day away.
After several years in business, a space next door opened and Sandy Paws Beach Club was born. A small exclusive doggy daycare. Growing quickly , Dawn knew she had to find a larger space. Moving to Middletown, Sandy Paws Beach Club became a large full-service boarding, grooming and dog daycare facility. After several years, two young kids and no sleep, Dawn decided to go back to basics, and downsize to a small 1100 square foot grooming salon in Shrewsbury. 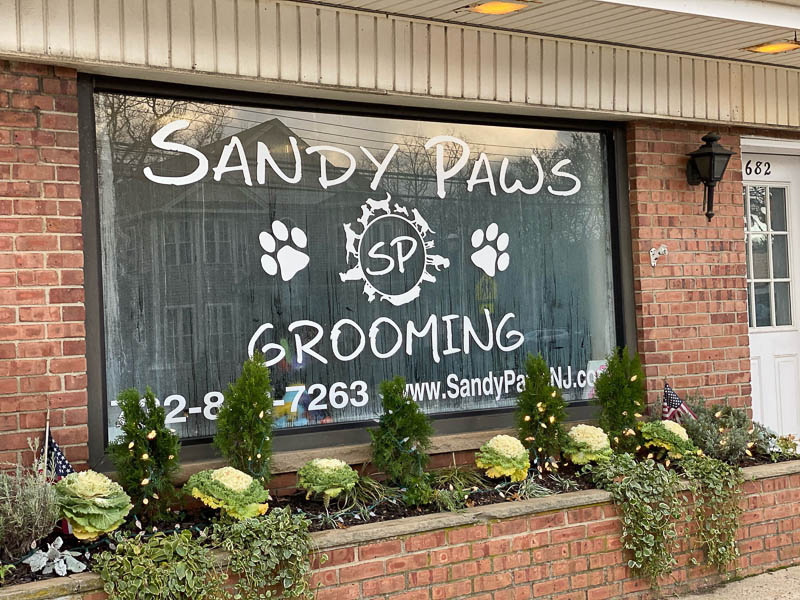 A full-service stylish salon we will call home for many years to come. The love of pets is what keeps us in love with our career choice. Dawn has a passion for all animals. And hires only those that share that passion.
Dawn works with many animal rescue groups, is a vegetarian, and truly cares about animal welfare. We’ve been told “Everyone goes to Sandy Paws.” So, you should too. See you soon.
MEET YOUR STYLISTS

Look for us on IG and FB @sandypawsnj for specials & promotions

Not dog related but congratulations to my little g

#doggycrack #lambie This toy is all the rave! And

Tuesday thru Saturday
Starting At 8:30am

Tuesday thru Saturday
Starting At 8:30am